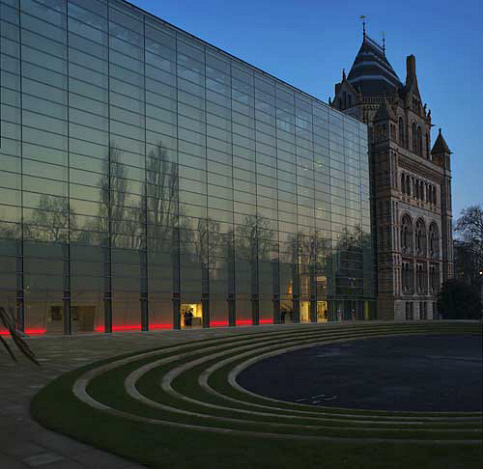 Access is available to NHM’s 70 million natural history specimens, including 800,000 type. The specimens are stored in secure storage units and well-organised in accordance with taxonomic groupings. This includes the Darwin Centre (Phase 1 & 2) a state-of-the-art facility housing 23 million zoological specimens in alcohol, plus all the majority of the entomological and botanical specimens. The Darwin Centre has dedicated desk space for visiting researchers.

A summary of NHM collections is shown below, specimens also include embryonic material used for the study of plant and animal development. NHM is a world leader in this field of research; frozen tissue and DNA collections. Researchers are permitted to use these collections in line with the NHM destructive sampling policy (please contact your proposed host for a copy). Such a diverse accumulation of specimens is unrivalled in Europe.

All Users will have access to the basic equipment they require to complete their research, such as stereo microscopes. In addition, Users can apply to access state of the art technology to assist their research.

The Palaeontology Conservation Unit, is one of the leading centres for museum conservation in the world, and is unique in Europe. It prepares, maintains and undertakes remedial treatment on all museum specimens and can offer training in best practise to Users. The Unit also conducts research into new methods of conservation.

The Museum has a site license for the alignment programmes ‘Sequencher’ and ‘Lasergene’ and access can be provided to the programme ‘GeneMapper’ which is used for fragment analysis. Computing resources include a 30-node Beowulf cluster and other Unix, PC, and Macintosh hardware, phylogenetic software, and a dedicated full-time Molecular Biology Computing Officer to support Users.

All Users will be able to bring personal laptops and connect these to the museums intranet (after a virus screening). Alternatively there are computers available for visitors to use.

Research supported by the infrastructure

Contrary to previous suggestions, most dinosaurs were likely not declining before the impact wiped them out entirely.

In a rare case of internal differences between the sexes, the males of one fish genus have a swimbladder up to 98 times the volume of the females’.

DNA analysis of 30 hairs attributed to yetis and other ‘anomalous primates’ reveals no unknown species.

Deep-diving birds emerge from water nearly dry using a trick that could be copied in new fabrics.

A treasure trove of important human fossils missing for decades has been identified among the Museum’s collections.

A microscopic marine animal thought to have died out four million years ago has been found living in seas around New Zealand.

Tooth of ferocious marine reptile is largest of its kind found in the UK.

NASA’s chief scientist tells the European Lunar Symposium that people on the surface of the red planet is the Agency’s ‘primary mission’.

Debut of baby mammoth specimen proves well worth the wait.

Document found in Museum’s archive suggests the river blenny was wiped out on Cyprus.

Scientists discover that a reportedly lungless amphibian that overturned an evolutionary theory actually has a lung and working nostrils.

Evolution in action as small fish in a big pond lose out.

Breeding with Neanderthals allowed our ancestors to better cope with European winters, but also passed on diseases we suffer today.

As the new Volcanoes and Earthquakes gallery prepares to blast open, Museum volcanologist talks about predicting disasters and exploring off limits on the slopes of volcanoes.

Search for Earth’s building blocks heats up as Rosetta nears its target.